Victoria, can you feel the chains falling from your shoulders? We are free! Well, we are almost free.

As of Monday June 1, we can now do sleepovers, which means it’s time to hit the road again and start exploring! I’ve got plans to poke around central Victoria and returning to my old hunting ground in Gippsland – the vast region that covers most of the east of the state.

I and am a huge fan of its pocket-sized villages and their little secrets: gin distillers in century-old buildings, little cafes selling locally made cheeses and smallgoods, a green field garnished with a few luxuriously fitted Bell tents, overlooking the wild seas that separate mainland Australia from Tasmania.

Have I sold you yet?

Hot off the presses, Eat. Drink Gippsland sees food writer Richard Cornish share all his detailed knowledge of the foodie spots in the region (pack an esky in the car boot), you can grab a copy while pootling around, or download it here.

Check out whale trails, truffle hunts, empty beaches and the best views of rolling green hills on Visit Gippsland’s website. It also has some great driving itineraries, for the forward planners out there. we

There’s been a lot of talk in the tourism sphere about how to travel with a clean environmental conscious – from flight shaming to exploitation. Should we all just stay home?

Recently, I chatted with Brett Tollman, head of the Treadright Foundation, about how to limit your environmental footprint.

“We all have a footprint when we travel,” he says. “The important thing is how to make it the lightest, most beneficial footprint you can.”

Read our interview, with his five great tips on staying green while travelling, for the Traveller section of the Sydney Morning Herald and The Age newspapers.

If you’re after some travel ear candy, I’ll be chatting about my recent adventures in Chile’s Atacama Desert with Ross & Kate on radio 3AW this morning from 11am.
Tune in to hear about guanacos, geysers and the world’s driest landscape (which also has plenty of flamingos).
Hosted by Ross Stevenson and Kate Stevenson “A Moveable Feast” is an hour-long program broadcast on 3AW every Saturday from 11am, focusing on local and international food and travel stories.
https://www.3aw.com.au/show/a-moveable-feast/
https://www.facebook.com/amoveablefeast3aw/

I’m so pleased to say that my yarn about boating through the backwaters of the Murray River, in South Australia’s Riverland, has won 2018 Best Australian Story under 1000 words at Saturday’s Australian Society of Travel Writers’ pomp-and-glitter awards in Bangkok. It was an equal first, I’m sharing the award with Andrew Bain, whose work is damned fantastic.

My story was published in Fairfax’s Traveller section, and while I was there, my host Rick Edmonds, from The Frames asked me why the tourism boards don’t promote the mighty Murray as an Australian icon, as they do Uluru and the Great Barrier Reef.

I don’t have the answer, but at a time when rural Australia needs our support, I hope that can change, and the Murray receives its due recognition. Thank you to Tourism Australia for sponsoring this award, and for supporting the ASTW. In the words of another Aussie icon, the immortal Jeff Fenech, I love youse all.

You can read the story here: http://www.traveller.com.au/murray-river-cruise-along-the-h… 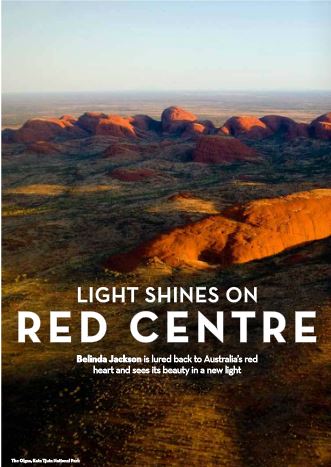 Australia’s Red Centre is the dictionary definition of remote – scattered hamlets of humanity, vast cattle stations and long, open drives. Perfect for the baby roadtripper. No, really. It’s just a three-hour drive on sealed roads between Uluru and Ayres Rock Resort to Kings Canyon, add on another leg and you’ve hit the heady delights of our favourite outback town, Alice Springs.

If it piques your interest, take a look at my story for BNE magazine  on the Red Centre Way, a classic route for a cruisy long-weekender roadtrip, which can easily stretch out for a week.

The first time I visited the Pyramids, I went through the front door with several hundred other foreigners, all lining up for a photo of ‘kissing’ the Sphinx or ‘holding’
a pyramid by the fingertips.
The other day,  I went round the back, where a
handful of guards nearly fell over to see someone, and the touts couldn’t believe their luck at not one, but two carloads of visitors, even if they were all Egyptian (including one suspiciously blonde one in the middle).
Sitting on the boot of our cars, they literally corralled us into a private car park to negotiate the hire of two caretas (carriages) and two horses.
Those who have been held hostage high on a camel until they paid up big will be pleased
to know not even the locals can resist the Giza Pyramid mafia.
Let me tell you this: Egyptians visit the Pyramids in a whole different way to us foreigners. Toss the guidebook, forget about learning kings’ names and studying informative plaques earnestly.
It’s all about the photos, the freedom of the desert surrounds and the physicality of being beside something so magnificent, that you forget about the traffic jams, the pollution, the protests and the curfews that see you trapped indoors after 7pm on a Friday night thanks to the current army
curfew.
The newspapers are reporting an 80 percent drop in tourism to Egypt, which, based on what I saw at the Pyramids on a sunny autumn afternoon, should read more like 95 percent.
There were three young Americans, skinny, bearded and wearing
the obligatory Arafat scarf, there was a Euro-couple celebrating the
end of a Cape Town to Cairo adventure, and a small tour group of Russians
snavelling basement-bargain travel. That’s all.
Forlorn camel owners perked up when they saw us coming, and Giza’s notoriously
overworked and underfed horses were fleet of foot and ready to run. My little
grey mare, Sousou, is surely the fastest pony in Giza.
It’s been a very long time since I rode around the Pyramids in the daylight. Usually, I’d
ride on a full moon, flat out down the plateau at full gallop, breathing in the
cool desert night air. In broad daylight, it’s a whole different ballgame. You
see the stones the size of basketballs that your horse is dodging. You see the
concrete wall that the horses aim for at full tilt, before swerving left to
pass through the exit gate. You see the snarling curs that lick around the
ponies’ hooves, snapping at ankles as you pass.
It’s consoling to know that the Pyramids remain unchanged while Egypt twists and
wrenches itself into a new form. But the lesson from Afghanistan and China is
that you can never take even heroic art and architecture for granted.
Privacy Settings
We use cookies to enhance your experience while using our website. If you are using our Services via a browser you can restrict, block or remove cookies through your web browser settings. We also use content and scripts from third parties that may use tracking technologies. You can selectively provide your consent below to allow such third party embeds. For complete information about the cookies we use, data we collect and how we process them, please check our Privacy Policy
Youtube
Consent to display content from Youtube
Vimeo
Consent to display content from Vimeo
Google Maps
Consent to display content from Google
Save