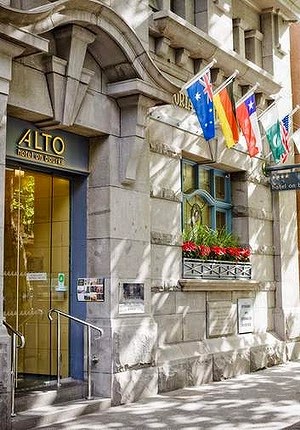 One of the city's boutique hotels is staking its claim as one of Australia's greenest hotels, writes Belinda Jackson.

When I slip into the conversation that I'm staying in Melbourne's only carbon-neutral hotel, everybody is clueless. Yet it's in the centre of the city and has been there for a decade, making Alto on Bourke the original sleeper hit.

As Australia's first carbon-neutral hotel, its fans include some of the greenest people on the planet - Bob Brown and David Suzuki - and being Sunday night, it's almost full.

But don't expect ostentation. The reception at the 50-room hotel is tiny, though the front-desk staff helpful, and we check in without fuss to our two-bedroom apartment, which includes a kitchen with dishwasher and a full set of crockery and glassware.

The main bedroom looks down Bourke Street, though the second bedroom has only a skylight. The hotel's linens were all recently redone - my room's cushions and bed runners are in a smart green Marimekko print.

Originally the Victorian Railways Union building, built in 1917, with a set of offices added much later on, the result is some quirkily shaped rooms, yet with a six-star energy rating. 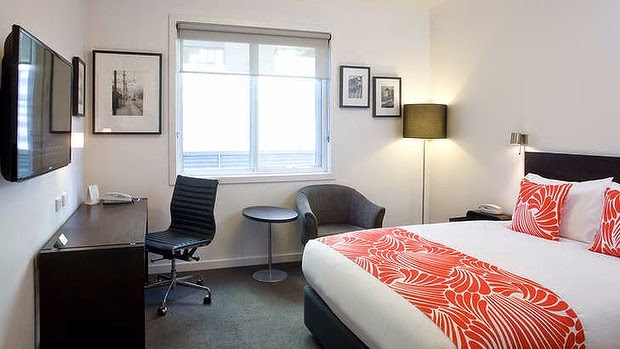 Eco-warriors hunting for "greenwash", or deceptive PR spin of their environmental claims, would have to hunt hard - the cleaning gear and toiletries (from fixed dispensers) is all earth-friendly, the lighting and heating switch on and off via the room's key and Alto is the first in Melbourne to offer Foxtel's full 88 channels via its new low-power LED televisions.

The hotel runs on 100 per cent renewable energy; its carbon footprint is half the average hotel room, and the rest is offset. Like any business that wants to manage its bottom-line profitability, some decisions are no-brainers.

Harvesting all its own rainwater and using gas and electricity-saving mechanisms saves the hotel about $20,000 a year, says the hotel's unassuming general manager, Gary Stickland, who is surely the font of all eco-tourism knowledge.


At breakfast, honey is from the hives on the hotel's rooftops, the coffee is organic and fair trade, and the eggs benedict is very, very good. The beverages list is also green, with a healthy showing of Victorian craft beers, including the super-local Hawthorn Pilsner and Abbotsford Mountain Goat beer.

Wi-Fi is free, and there is free fair-trade coffee all day in the cafe and library, which has a book-share program, with a healthy showing of German and Spanish titles, as well as a kids' section. I grab something to read and end up with the latest GQ and Treadlie, an oh-so-cute Melbourne magazine "for people of bikerly persuasions".

Bowls of green apples sit in the foyer for guests to grab for a snack on their way out, and there's a little relaxation room with two massage chairs that seals you off from the clang and chatter of the city. If you turn up in an electric or hybrid car, they'll give you free parking and recharging, and the staff get in on the enviro-action, too - their latest project is helping recycle cigarette butts into fertiliser and plastic street furniture with Brisbane eco-start-up TerraCycle. 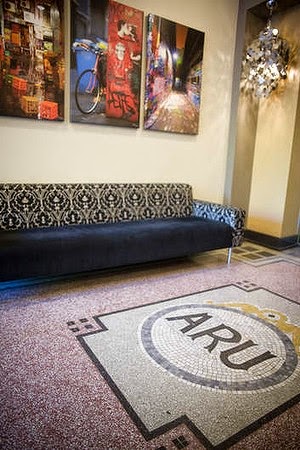 Some of the green technology is cutting-edge, such as the aircon's movement sensors that switch off if there's nobody in the room. There are slow-flow showers and taps, energy-efficient globes, plus the simplest things - the refuse bin in the room has a recycling section. "The hardest part is usually changing people's behaviours, but that's already been done," says Stickland. "We all recycle at home, why not in our hotels?"

With its location down the Spencer Street end of town, two minutes from Southern Cross Station and the airport bus, and walking distance to Etihad Stadium, it's a wise choice for AFL fans and those chasing the big music gigs.

The writer stayed as a guest of Alto on Bourke.

1800 135 123.
HOW MUCH From $166 for a studio room, midweek.
TOP MARKS The hotel donates its old blankets to the Salvation Army's winter appeal, and free Wi-Fi and all-day tea and espresso coffee are available in the hotel's cafe.
BLACK MARK The coffee machine was cleaned straight after breakfast finished at 10am, just when lazy, late diners were hoping for a second cup.
MORE INFORMATION altohotel.com.au.


This article by Belinda Jackson was published in Sydney's Sun-Herald newspaper.

Man by the Lake

Lorem Ipsum is simply dummy text of the printing and typesetting industry. Lorem Ipsum has been the industry’s standard dummy text ever since the 1500s