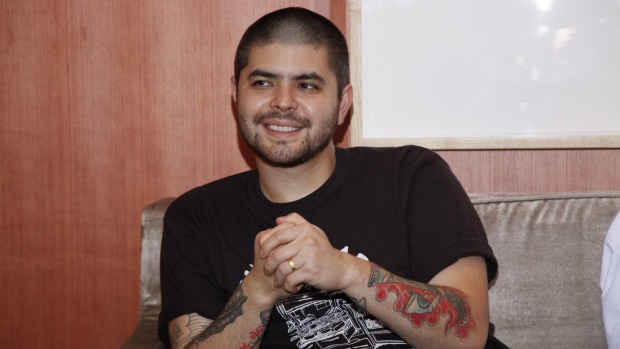 A couple of months ago, I met Washington chef-entrepreneur Erik Bruner-Yang at the glamorous Waldorf Astoria Shanghai, China, where he was part of a competition to create new iconic dishes for the hotel chain, which lays rightful claim to the Waldorf salad (amongst many others).

When he wasn’t cooking or overseeing dumpling creations by ham-fisted journalists, he was powering through the city streets,  discovering the food scene. We had a chat about where to eat in his hometown, and the influences of his own Taiwanese-Belgian background upon his food.

He tipped Filipino cuisine as the next big thing in the USA, recommends his favourite traditional Japanese restaurant and also shares a hot tip on the best customised pizza in Washington DC – it’s a pretty eclectic food safari.

You can read his hot tips in this short piece for the Traveller section of the Sydney Morning Herald/ The Age newspapers.

Fear is found on a creaking glacier in the Caucasus mountains and joy is encapsulated in the perfect Shanghai dumpling.
And while I love a $500-a-night hotel room (who doesn’t?), sometimes the best stories are found in a $20 guesthouse.
With an eye always out for good markets and great street eats, I write the travel news and features for the Sydney Morning Herald and Melbourne’s The Age newspapers, and features for whoever else asks. I have a particular soft spot for the wilds of the Middle East, scarves and carpets.
My articles and photographs have been published in a range of consumer magazines and newspapers in Australia and abroad, and occasionally I chat on radio, too, from Essentials Magazine to 3AW or the Irish Times.